Nobody broke the news to me—gently or otherwise—and I didn’t find out by delving into family genealogy. As far back as I can remember I’ve known I was descended from a witch—or rather, I was descended from a woman who was hanged as one. When I think back, the first family discussion I recall on the subject had to do with the correct form of the past tense of the verb “to hang.” “Pictures are hung,” my mother said. “People are hanged.”

The witch legacy was so much a part of my family’s psyche that my parents named my only sister after her, Susannah North Martin. It’s no wonder, then, that as an adult I delved deeply into the Salem Witch Hysteria—driven for answers until I was able to determine to my own satisfaction what actually happened. The result wasn’t what I'd expected, and it let me to write a book about what I learned called, GOD, SALEM, & SATAN: How New Evidence Will Change Your View of All Three. Most people nowadays think those who accused their neighbors of practicing witchcraft were faking their symptoms.They tended to be girls or young woman and the thinking has been they were looking for attention and perhaps stirring things up to create amusement. I imagine things could get pretty boring in seventeenth century New England, especially during winter and early spring. Often the accusers said they were being attacked by the specters (visible spirits) of those whom they accused. Until recently, science denied that as a possibility based on the nineteenth century machine-age notion that physical reality is all there is. But research into paranormal phenomena as well as discoveries in the field of quantum physics now strongly suggest otherwise. Having studied the trial records, witness depositions, and eyewitness accounts, and having conducted extensive interviews with a number of scientists and researchers into the true nature of reality has led me to conclude that something paranormal probably was going on. At least a small number of those accused probably were practicing magic, or witchcraft, and many of the victims probably did see specters, although I doubt they were the spirits of the people whom they accused. Just about everyone today has heard or read about near death experiences related by people who were clinically dead and resuscitated—that the person traveled along a tunnel toward a light, was greeted by deceased relatives and perhaps underwent a life review. Well, according to several psychiatrists who practice hypnotherapy, not everyone who dies sees the light or heads toward it. One of these doctors, Shakuntala Modi, M.D., a psychiatrist practicing in Wheeling, West Virginia, was on my radio show in the fall of 2007 and again in the winter of 2008 to discuss her book, Remarkable Healings: A Psychiatrist Discovers Unsuspected Roots of Mental and Physical Illness. The “Mental Illness” in the title of her book was brought on by spirits of the dead who had attached themselves to her patients. Dr. Modi and other medical doctors as well as psychologists typically would rather call what they are able to do “depossession” rather than “exorcism.” I suppose this is because they do not approach it from a religious perspective. They say they rarely encounter Satan and his demons although they tend to agree Satan and his minions exist, and that obsession or possession by them can happen. According Dr. Louise Ireland-Frey, also a psychiatrist and hypnotherapist, “[Satan and demons] do not belong to the human kingdom, being the negative aspect, composed of the ‘fallen angels’ and their slaves. “This is not drawn from a religious source . . . I have been told these things by the dark entities [I have] encountered [when a patient is under hypnosis]. A number of them have told us that they are delighted to get us to believe that they exist only when we think of them, speak of them, and ‘believe in’ them—it makes their work of invading easier! On the other hand, thinking fearfully of them, brooding compulsively, talking often of them certainly does predispose a person to attracting their focused attention.” Certainly, the people of 1692 Salem did a lot of thinking and compulsive brooding over them, and it appears they may have attracted their focused attention as a result. If you’re interested in learning more, read my book. It’s available in both paperback and Kindle eBook editions. Click here to take a look at the page on Amazon.

At Last, a Theory of Everything 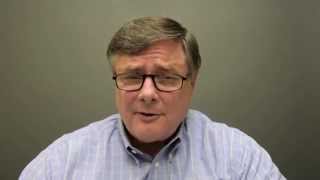 How you can become considered an expert in your chosen field.